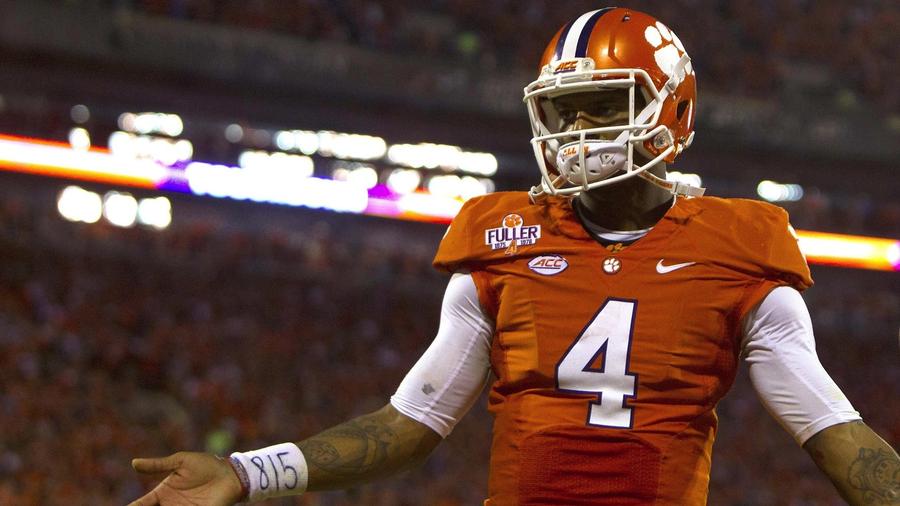 PREVIEW: Second ranked Clemson heads to Auburn this Saturday for the first meeting between these teams since 2012. Auburn lost to Florida State in the final BCS title game in 2014, while Clemson came up just short versus Alabama in the 2016 Final. Clemson’s QB DeShaun Watson has seven returning players on his offense that averaged 38.5 points and 514.5 yards per game last season. Clemson ran the table in the regular season last year, but wins on the road were rarely blowouts. They beat Louisville and South Carolina by just a combined eight points. Auburn’s front seven will try to keep Watson in the pocket, but their pass rush wasn’t a strength last year. They had only 19 sacks, and Watson had five 100-yard rushing games in 2015. With only one starter returning on Clemson’s defensive line there will be some concern as they have to worry about an Auburn run-game that topped the 200-yard mark six times in 13 games. Kerryon Johnson will have to take on a much bigger role than expected to keep that going as Robinson was dismissed from the program on Aug. 3 and they also lost Roc Thomas, the No. 3 back in 2015, to transfer. Auburn’s quarterback competition was decided last week when redshirt sophomore Sean White was picked over senior Jeremy Johnson. Clemson opened as an 8.5 point favorite, and money has come in on Auburn moving that number down to 7 or 7.5 at most books. There’s been more movement on the total, which opened at 60 and has since been bet up three points to 63.

– Auburn is 0-6 ATS in it’s last six games during the month of September.