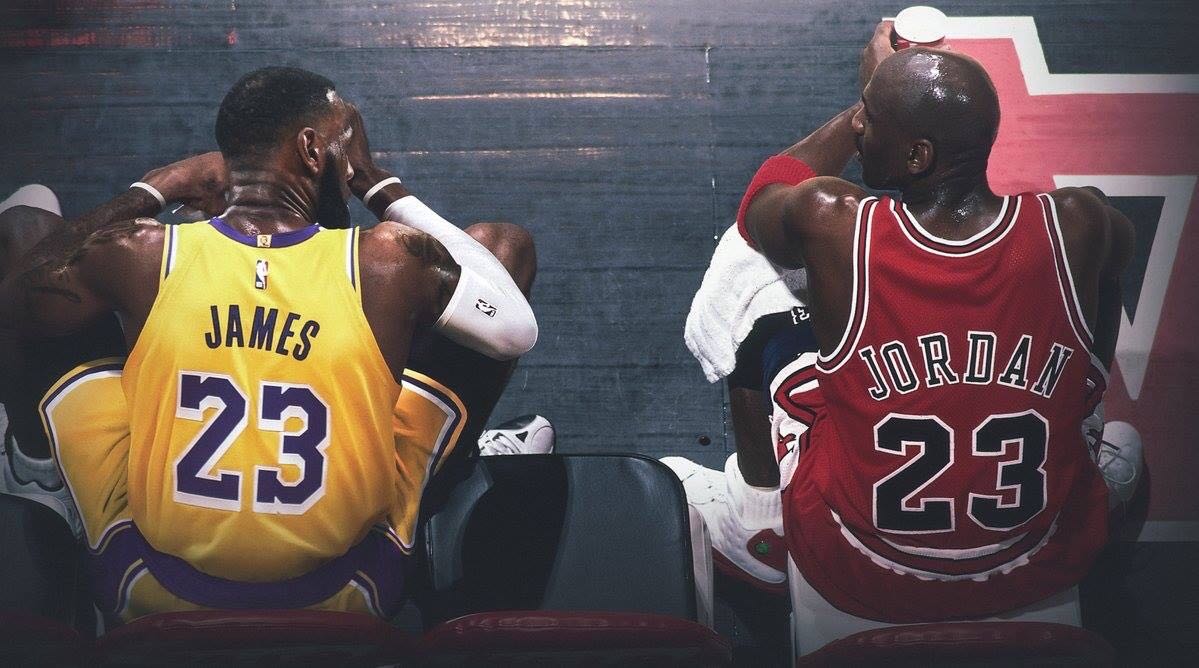 It’s amazing how quickly things can change during a pandemic. So many things that we have taken for granted now seem like they will never be the same. At the beginning of 2020 professional sports were in full swing, the stock market was at an all time high, and LeBron James was the best player in the world.

Just a few months later, professional sports are all postponed or cancelled, and almost everyone on the planet is forced to stay home and watch Netflix. Perfect timing for Michael Jordan’s documentary/autobiography The Last Dance. It was viewed in 24 million households in the first month alone, but despite it’s popularity not everyone was happy with their portrayal.

Scottie Pippen, Horace Grant and Isaiah Thomas were all villainized in the documentary, but the biggest loser in the story was never mentioned. LeBron James has been completely removed from the G.O.A.T debate in a matter of days. It seems illogical that a documentary has changed the way people view the legacy of LeBron James. Paul Pierce went as far as saying he doesn’t have LeBron ranked in the Top 5 all time.

Has LeBron become a victim of recency bias? I think the answer is yes and no. Prior to The Last Dance the media had been pushing the narrative that LeBron was on the verge of surpassing Michael Jordan. Of course many of those same commentators once compared Yasiel Puig to Babe Ruth, and Colin Kaepernick to Steve Young. It was recency bias that put LeBron in the G.O.A.T debate in the first place, and perhaps he’s simply been knocked back down to where he deserves to be.

I am shocked that anyone over the age of 40 needed a documentary to remind them just how great Michael Jordan was. I’ve never entertained the thought of LeBron passing Jordan, but I am also not convinced that the debate is over. If LeBron wins another title, the hype train will be back in full force. Another championship would put LeBron back in the conversation, but when it comes to the greatest of all time there’s something that Jordan will always have over LeBron.

James Still The Author Of His Own Destiny

The legacy of Michael Jordan comes with an air of invincibility that LeBron can never achieve. When Jordan was in his prime, he prevented the likes of Charles Barkley and Karl Malone from winning a championship. During the prime of LeBron’s career the Spurs, Warriors and Lakers all won multiple championships, and an improbable loss to the Mavs in the 2011 Finals looks terrible on his resume.

It might look like The Last Dance has tarnished the image of LeBron James, but when it’s all said and done I don’t think it will have any real impact on how we look at his legacy. He’s still the author of his own destiny, with plenty of time to add to his already impressive list of accolades.