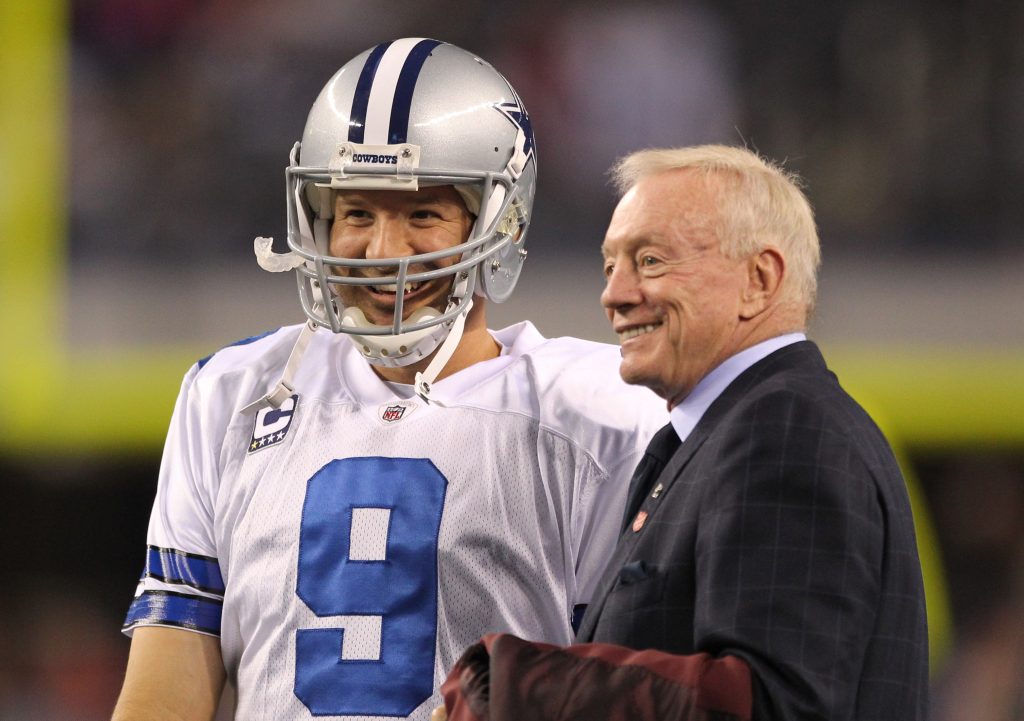 Marc David takes a look at the NFC East, exclusively at JesseSchule.com

Only one NFC East team finished with a winning record last season and that was the Redskins. Dallas was doomed by an injury to Tony Romo, while sporadic play by Eli Manning and Sam Bradford left it wide open for Kirk Cousins who had a career year, leading Washington to the NFC East Championship. There have been plenty of moves this off-season, but it seems that in the NFC East, the more things change, the more things stay the same. If Romo can stay healthy, the Cowboys will be the favorite, but that’s a “big if”.

With an injured Romo out for most of the 2015 season, the three reserves could do no better than 1-11 and the front office did nothing in free agency to fix that problem. So all they have now is Kellen Moore and rookie Dak Prescott ( Miss State.) in the backup role. To say that Dez Bryant needs to return healthy and rookie Ezekiel Elliot (Ohio State) needs to make an immediate impact is an understatement.

Thirty-six year old Tony Romo will have quite a weight on his injured shoulder. With possibly the best offensive front line in football, protecting Romo and clearing the way for Elliot, the Cowboy offense should find itself better off than last season.

As for their defense, all I can say is they are going to have to play almost perfect football. Their starting MLB will be out for the first 10 weeks with a suspension as will their two DE’s for four weeks. Their secondary which had only eight picks last year and were tied for dead last and a rush defense that allowed over 120 yards per game, getting Romo the ball without being down by two TD’s could be the biggest problem for Dallas. Dallas might find out that their offense is the best part of their defense.

Offensive coordinator Ben McAdoo takes over as head coach and he has kept most of the same players. After three losing seasons they spent a bunch of money on defense which looking back was probably the right thing to do. The Giants blew five leads in the fourth quarter last season and that cost them in the end.

The question is if they can protect Manning if he gets them the lead. He has been in decline since 2011 and has turned into a short yardage passer. His 7.2 yards per attempt were his lowest in seven years. He will need other position players to step up if they want to think about the playoffs.

With most of their starters from last season returning and some good off season pick-ups, the Redskins are in a good spot. QB Cousins had an excellent year as he set franchise records in passing yards and completions while leading the league in completion percentage.

Returning TE Reed and WR’s Jackson and Crowder who had a great rookie year as well as the signing of TCU standout Josh Doctson gives Cousins a bunch of targets that will give defenses nightmares. Their running game is up in the air right now but with Matt Jones and either Chris Thompson or Keith Marshall, it should be just enough to keep defenses honest and not have too much pressure put on Cousins.

Their defense probably got the biggest boost with the signing of Josh Norman from Carolina and taking Kendall Fulller (Va. tech) in the third round which makes their secondary a force to be reckoned with and a marked improvement over last year. Their pass rush should also dramatically improve with the return of Junior Galette who was injured all of last season and they hope the transition of Trent Murphy from outside linebacker to defensive end will get positive results.

The Eagles are banking (literally) that QB Sam Bradford will stay healthy as they gave him a 2-year guaranteed 22 million dollar contract but he has been hurt on and off his whole career. They got Chase Daniel who knows the West Coast offense because he played with new head coach Pederson over at KC the last three seasons and Carson Wentz who was the second pick in the draft out of North Dakota State who is the future for this club.

Their receiving corps are really nothing special with Agholar having a disappointing rookie year with just 23 catches for 283 yards and Jordan Matthews who couldn’t follow up a successful rookie season in 2014. Their tight ends are better with the likes of Celek and Ertz who were both ranked in the top 20 last season.

It looks like their running game is up to Ryan Mathews who only had 106 carries in 2015 since that whole DeMarco Murray thing went bust and his backup is 33 year old Darren Sproles who has seen better times. That leaves Wendall Smallwood from West Va. and he led the Big 12 in rushing last year. The Eagles will probably find out how good he is if either Mathews or Sproles gets hurt or don’t produce.

On defense their front four are the strength of this team that finished 30th in total defense last year led Fletcher Cox and Bennie Logan. Their secondary were at the bottom five in the league last year. They should be better after picking up Rodney Mcleod (Rams) and Leodis McKelvin (Bills). They are led by safety Malcolm Jenkins and as a unit should be better than last year’s. With that being said this is a very mediocre team in a very mediocre division.

*This subscription currently includes 3 picks (1 NHL, 2 NBA) but more may be added during the term of the subscription.

*This subscription currently includes 3 picks (1 NHL, 2 NBA) but more may be added during the term of the subscription.

*This subscription currently includes 2 NBA picks but more may be added during the term of the subscription.

*This subscription currently includes 2 NBA picks but more may be added during the term of the subscription.