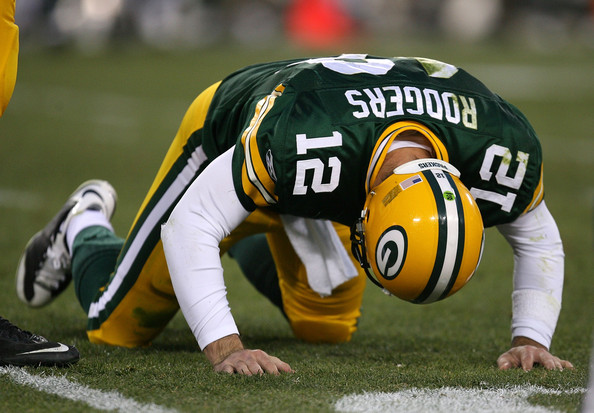 Green Bay crushed the Giants 38-13 last week in the Wildcard Round for their seventh straight win.

Quarterback Aaron Rodgers threw four touchdown passes without an interception for the second week in a row. He has almost single handedly thrown the Packers into the playoffs since week 11 when they were 4-6 and had just lost their fourth straight game.

Over the last seven games Rodgers has thrown 18 touchdowns without and interception and has a league leading 40 for the season. He has led an offense that has scored 30 points or better in five straight games while the defense held four teams to 13 points or less during the streak. The Packers’ offense suffered a big blow when WR Jordy Nelson suffered an injury last week and won’t play in this game.

The Cowboys had the longest winning streak in the NFL this season when they won 11 straight. Since then they have gone 2-2 but rested most of their star players in the last game of the regular season where they were beaten by Philadelphia.

Rookie quarterback Dak Prescott leads a very balanced offense as he threw 23 touchdown passes while the league’s second best running game scored 24 touchdowns this year. Another rookie,running back Ezekiel Elliot led the league with over 1600 yards while in the first meeting with Green Bay earlier in the season ran for 157 yards and Prescott threw three touchdowns in a 30-16 win.

The Cowboys are vulnerable to the pass as they are ranked 26th in pass defense but this season they held 10 opponents to 21 points or less scoring.

The oddsmakers have made the Cowboys a 4.5 point favorite and set the total at 52. According to Covers.com Consensus Analysis 64% of the public believe the Packers are playing well enough to back Green Bay while 70% think a lot of scoring is inevitable and are taking the over.

Green Bay has won five of the last six meetings between these teams.