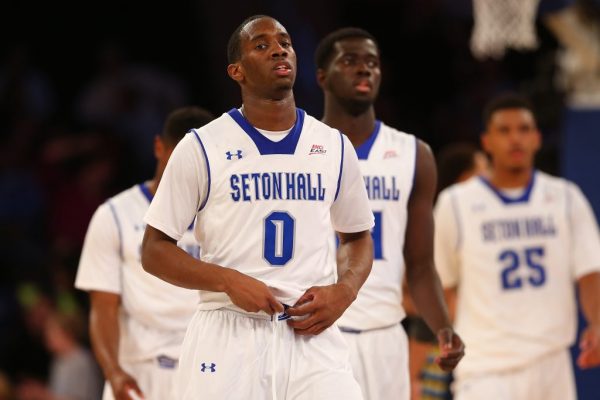 Have you ever noticed that all the major polls look basically the same? Whether it’s USA Today, ESPN or the Associated Press, you won’t see any dramatic differences in where they have teams ranked.

When it comes to Power Rankings, professional handicapper Jesse Schule has proven to be ahead of the curve. His power rankings for college football and basketball have been published at Covers.com since 2012. During that time he’s been going against the grain, and more often than not he’s 2-3 steps ahead of the other guys.

Now that the college hoops season is in full swing, we’ve asked The Iceman to give us his weekly NCAAB Power Rankings Review. Jesse will review the teams that he believes are overrated, underrated, or flying under the radar.

The Musketeers don’t look like the team they were last year, when they won their first 12 games and finished second in the Big East with a record of 28-6. They are only averaging 75.6 points per game, ranking 142nd in the country in scoring. Losing on the road at Baylor by 15 points isn’t great, but I might have been able to write it off as a bad game if they didn’t follow it up with another loss to Colorado.

Senior guard Myles Davis led the team in assists last year, and he was one of four starters to score in double figures. He’s been sitting out due to a suspension, and they’ve really miss him. I think this team is ranked in the Top 25 not based on how it has played this season, but more due to past success.

The Badgers return all five starters from last year’s team that went all the way to the Sweet 16. They are still one of the best defensive teams in the country, and they figure to be a lot better offensively this year. They’ve got a couple of losses already, but it’s tough to hold it against them when you consider that both Creighton and North Carolina are currently ranked in the Top 10. They won a big road game at Marquette on Saturday, and they scored a whopping 93 points, shooting 58.2 percent from the field in the victory.

I think the Badgers might just be the best team in the BIG10, and I expect them to climb into the Top 10 before season’s end.

Flying Under The Radar

The Pirates went into the Big East Tournament last year and ran the table, beating Creighton, Xavier and Villanova at Madison Square Garden. They’ve suffered a couple of tough losses already to unranked teams, but they upset the #16 ranked South Carolina Gamecocks in their last game. They won on the road at Iowa, and they beat California in Hawaii. Junior guard Khadeen Carrington leads the team in scoring, averaging over 20 points per game on 51.4 percent shooting.

The Pirates are a legitimate contender in one of the toughest conferences in the country, and they deserve a spot in the Top 25.