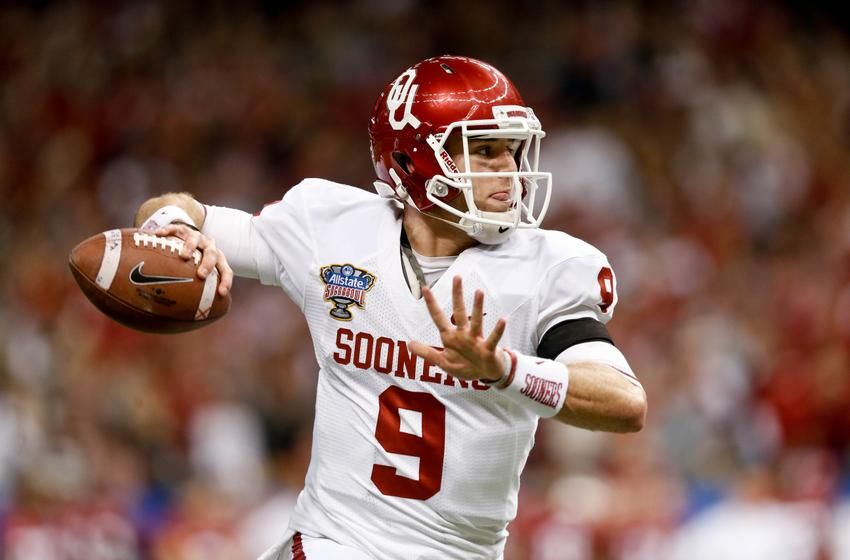 While most have TCU ranked 2nd behind Ohio State, I don’t have the Horned Frogs in my Top 5. I think this team had to get a little lucky to go 11-1 last year, finishing as co-champion in the BIG12. They won a close game at home versus Oklahoma 37-33, and this year they play the Sooners in Norman. They really didn’t impress on the road last year, sneaking past West Virginia 31-30 and surviving a big scare at Kansas in November. With road games at Oklahoma, Kansas State and Oklahoma State, this year’s schedule looks at lot tougher than it was in 2014. When all is said and done, the Horned Frogs might be the third best team in the BIG12 behind Baylor and Oklahoma.

The Rebels scored a potential game winning TD at home against Auburn in November of last year, that would have put them at 8-1 through their first nine games, and still on track to win the conference. The go-ahead score was overturned after video review however, and Mississippi would lose to Auburn by a score of 35-31. They also lost star wideout Laquon Treadwell who suffered a broken leg on the play, which caused him to fumble the ball in the endzone. That’s how close this team came to appearing in the SEC Championship game against an Alabama team that they defeated earlier in the season. The Rebels ranked #1 nationally in scoring defense in 2014, and they return eight starters on both sides of the ball here this season.

Flying Under The Radar – Oklahoma Sooners

You might remember that Oklahoma beat Alabama in the 2014 Sugar Bowl, and went into last season as one of the favorites to win the National Championship. They were 8-4 last year, with two losses by just a single point. Quarterback Trevor Knight completed just 56% of his passes for 2300 yards with 14 TDs and 12 INTs. It was a disappointing season for Knight, who had thrown for 348 yards and four TDs in the win over Alabama in the Sugar Bowl. While most people think the BIG12 is a two horse race between Baylor and TCU, the Sooners have a new quarterback in Baker Mayfield, and he could be the missing piece to the puzzle in Norman.