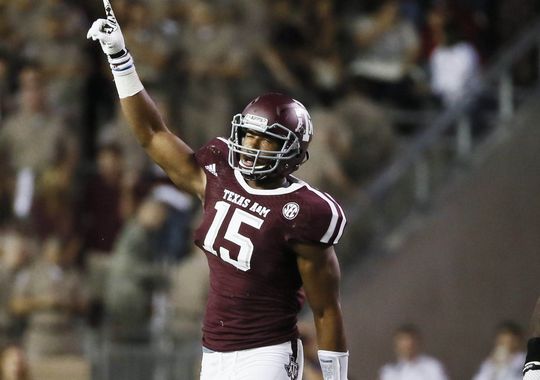 Most Overrated Team – Notre Dame Irish (1-0 SU, 1-0 ATS)
You have to give the Irish credit for an impressive Week 1 victory over Texas, but keep in mind it was a home game against an unranked opponent. They go into Week 2 ranked higher than Baylor, Oklahoma, Texas A&M, Oregon, Michigan State, Auburn and Ole Miss. Think to yourself, wouldn’t we expect all those teams to win big at home against this Texas team? Malik Zaire looked great, but can you really say he’s an elite quarterback with just one big game under his belt? Too many questions remain for me, and I think it’s way to early to call Notre Dame a contender.

Most Underrated Team – Texas A&M Aggies (1-0 SU, 1-0 ATS)
The Aggies defense dominated in a win over Arizona State, and the man everyone is talking about is Myles Garrett. Some are calling him the next Jadeveon Clowney, while others are saying that he could be better than 2013 #1 overall pick. He sacked the Arizona State quarterback (Mike Bercovici) twice, and terrorized him the entire game. We already expected the Aggies to be an offensive powerhouse, but if their defense can continue to play like it did in Week 1, this team will be a legitimate contender.

Flying Under The Radar – Ole Miss Rebels (1-0 SU, 1-0 ATS)
I had the Rebels as my most underrated team after they ranked #17 in the AP pre-season poll, and even after they scored the highest point total in school history since 1935 in Week 1, they remain in the same spot. Chad Kelly had a solid first game at quarterback for the Rebels, throwing for 211 yards and a pair of TDs on 9-of-15 passing. This team had the #1 ranked scoring defense in the country last season, allowing opponents to average just 13.8 points per game. Remember they upset Alabama in October, and if it wasn’t for an injury to Laquon Treadwell they might have gone to the SEC Championship Game.