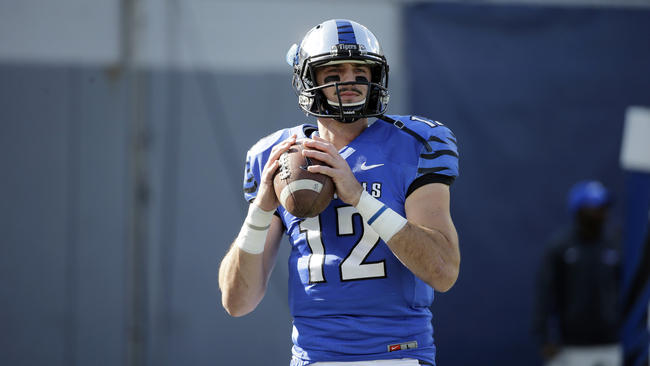 The Cougars are having their way with the minnows of their conference, but let’s face it, their schedule is a bit of a joke. Last week they cruised to 59-10 win over Central Florida, a team that is now 0-7 on the season. It wasn’t their first win against a team with a losing record, in fact all seven of Houston’s wins have come against teams that are currently below .500. They are 4-0 against AAC teams, but those four opponents have a combined conference record of 1-13. They gave up a combined 52 points in their wins over SMU and Tulsa, who are both 0-3 in conference play. Their schedule will get a whole lot tougher real quick, facing Vanderbilt, Cincinnati and Memphis over the next three weeks. I wouldn’t be at all surprised if they drop at least two of those three games.

The Tigers are one of three undefeated teams in the AAC, but unlike Houston, Memphis has actually played a handful of quality opponents. Their most impressive victory came at home against the Ole Miss Rebels by a score of 37-24. The Tigers junior quarterback Paxton Lynch has been shredding opposing defenses, throwing for 2366 yards with 17 TDs and just a single interception so far. Memphis boasts the nation’s #3 ranked scoring offense, averaging 48 points per game. While I don’t consider Temple and Houston legitimate playoff contenders, I think this Memphis team has a shot to run the table, forcing the committee to make a tough decision on an undefeated AAC team with a respectable schedule.

The Panthers sit in first place in the ACC Coastal with a 6-1 overall record and a conference mark of 4-0. Their only defeat came by just a three point margin on the road at Iowa, against a Hawkeyes team that remains undefeated at 7-0. The bookmakers don’t appear to be impressed with Pittsburgh’s 6-1 record, as they are listed a three-point dog at home to North Carolina on Thursday night. Both teams are 6-1 overall, and they have played several common opponents with similar results. The one thing that stands out to me though is that Pittsburgh has played five of it’s seven games on the road, while North Carolina has played six of it’s seven games at home.