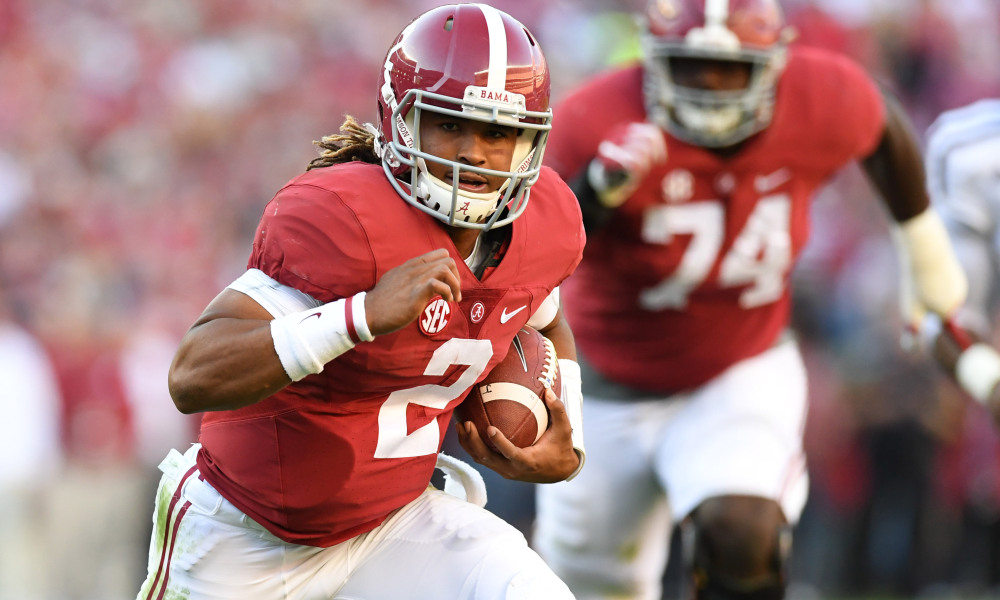 Alabama is looking to win it’s second straight FBS Championship while Washington is looking for it’s first since sharing it with Miami in 1991.

The Huskies have one of the best offenses in the country led by quarterback Jake Browning who passed for over 3200 yards and threw 42 touchdown passes which was second best in the country. They have a strong ground game that scored 24 touchdowns and ran for over 2700 yards. Their offense ranks fourth in scoring points with 44.5 a game while their defense has been solid and is ranked eighth allowing just 17.2 points a game. They held their last three opponents to 18 points or less scoring. Their only loss this season was to USC and they were held to 13 points which was their lowest scoring game of the year by far.

Alabama has run the table with a 13-0 record and have now won 25 straight games overall. They do it on offense and defense. Quarterback Jalen Hurts leads the Tide with 22 touchdown passes and is their second leading rusher with over 800 yards and 12 rushing touchdowns. Their 13th ranked offense has put up double digit wins in 10 straight games including a 54-16 pounding of Florida in their last game of the season and the Gators are ranked sixth nationally in total defense.

You can’t say enough about Alabama’s defense. They lead the nation in points allowed (11.8 a game) as well as a running defense that gives up 64 yards a game which is over 30 yards a game better than number two Wisconsin. They have held nine of their 12 opponents to 14 points or less. This game might be the biggest challenge of the year to both teams.

The oddsmakers opened the game with Alabama as a 13.5 point favorite but it has gone as high as 16.5 but is settled now at 14.5. The total is set at 53.5 and according to Covers.com Consensus Analysis 51% of the public don’t mind laying the points and are backing Alabama while 64% believe the offenses will take control and are behind the over.