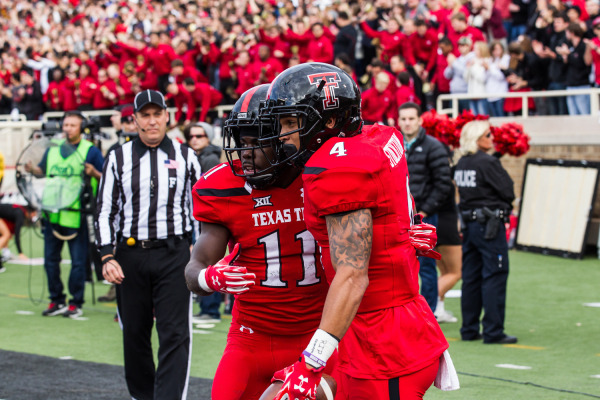 The first game Texas Tech lost this year they scored 55 points and then last week scored 38 points in their second loss. Even though they lead the nation with 544 yards passing yards a game and are second in scoring averaging just over 55 points, they cant seem to keep their opponents from scoring. In three of their five games played they have given up at least 44 points in each game and in their game against Arizona State gave up 68 points.

West Virginia has won all four of their games with a balanced offense that averages over 500 yards a game and a tough defense that has given up 21 points or less in 3 of their last 4 games. They have also needed a little luck as they won their last two games by a total of four points. West Virginia is a slight one point favorite and the last two times they played the Mountaineers won both games by nine points total.

According to Covers.com Consensus and Analysis, 54% of the public think the pass happy Red Raiders will prevail while 58% think going over the total of 83 is too steep a hill to climb.